Listen on Saturday nights at 6 PM on 95.5 WSB and wsbradio.com

Each week, host Richard J. Lenz—founder, president, and CEO of Lenz Marketing—speaks with Atlanta’s business leaders to explore their inspiring stories, lessons learned, and tips for growth and success. From big business execs to indie entrepreneurs, these guests not only share their practical secrets, but also unveil the personalities behind the careers.

“Business touches all our lives and deserves to be explored,” said Richard J. Lenz. “Lenz on Business taps into the excitement and dynamics of business; the colorful characters who drive these companies, their entrepreneurial adventures, and the innovative ways they thrive and survive in today’s world.” 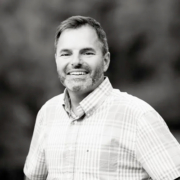 After operating for more than 30 years, Plumb Works continues to be one of Atlanta’s leading plumbing companies and proudly bears an A-plus rating from the Better Business Bureau. Sabol, an award-winning owner/operator, talks with producer Jon Waterhouse about how to acquire business savvy through professional resources, the company’s training policy, the importance of customer service and reliability, and navigating growth amid a pandemic.

Tune into Lenz on Business every Saturday at 6 pm on 95.5 WSB, or stream online at https://www.wsbradio.com/. 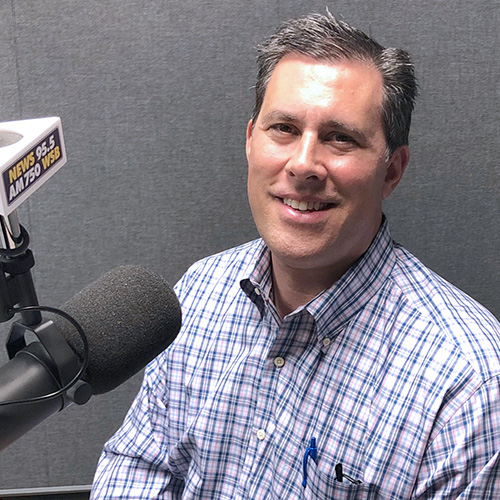 Like all businesses, the libation business is more than just what we see on the surface. Liquor stores are common among the local landscape, but how do they work, thrive, and survive in today’s climate of beer connoisseurs, wine aficionados and the cocktail savvy public? Chereck taps into those questions and more with producer Jon Waterhouse. 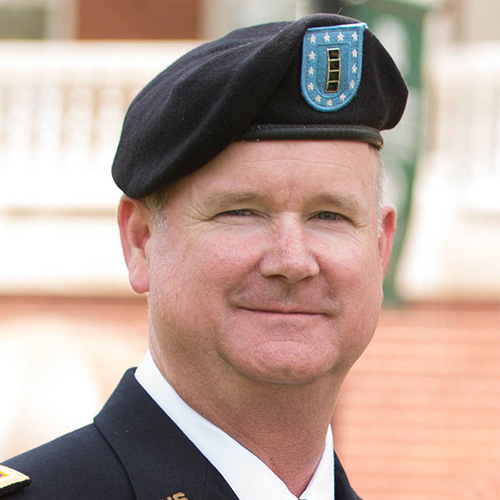 As our sponsor, Georgia College connects us with business school graduates who have interesting back stories. One of the most unique stories belongs to Morris. He’s spent nearly 30 years in the military, and he currently serves in the Army National Guard as an aviation safety manager for the state and a helicopter instructor pilot. He was actually deployed in Afghanistan when he decided to enroll in Georgia College’s WebMBA program. A true testament that it’s never too late to get your master’s degree, Mark was in his early 50s when he enrolled. And today he uses his knowledge on the job with the U.S. Army. He talks with producer Jon Waterhouse about these topics and a whole lot more. 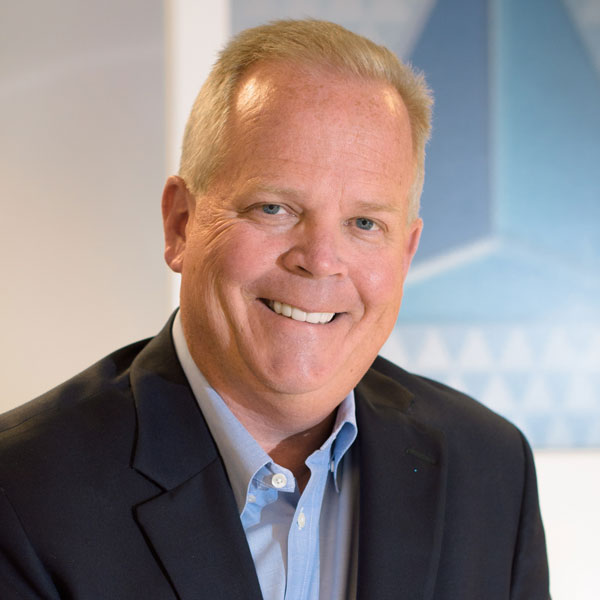 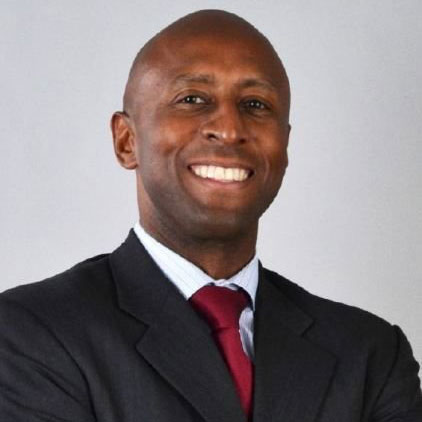 Those brown delivery trucks are unmistakable. United Parcel Service, aka UPS, seems to be everywhere. But there’s much more to the iconic company. The UPS headquarters is right here in Atlanta, Georgia. And this week we’ll be talking to Derrick Johnson, president of UPS South Atlantic District, who gives guest host Jon Waterhouse a behind-the-scenes look at UPS and its future. 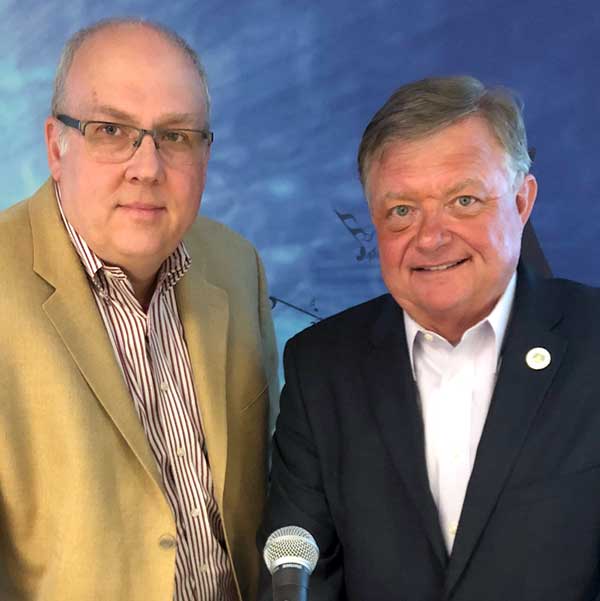 So you really want that masters degree in business, but you think it might be too late. It’s never too late to go back to school, and this week’s guests are living proof. Both Johnson and Doss decided to go after a masters degree in their mid-to-late 50s. Despite some trepidation, they not only graduated, but both rocked 4.0 grade point averages. They join guest host Jon Waterhouse and talk about what it was like jumping head first into Georgia College’s Master of Logistics and Supply Chain Management online program and how it’s enhancing their careers. 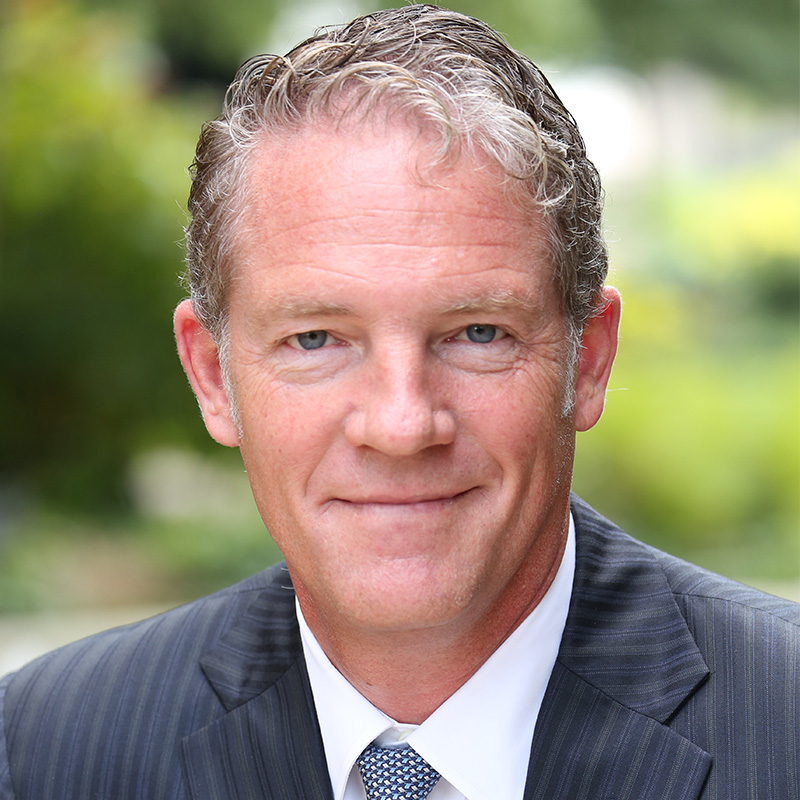 This week’s guest brings an interesting perspective on the healthcare business, physician-owned healthcare, the current opioid crisis, and much more. As CEO of Alliance Spine and Pain Centers, Rosenbaum presides over the largest interventional pain management company in the Southeast. He talks with producer Jon Waterhouse about the burgeoning interventional pain management field, how Alliance fills a need amidst the opioid crisis, his company’s business model, and other topics. 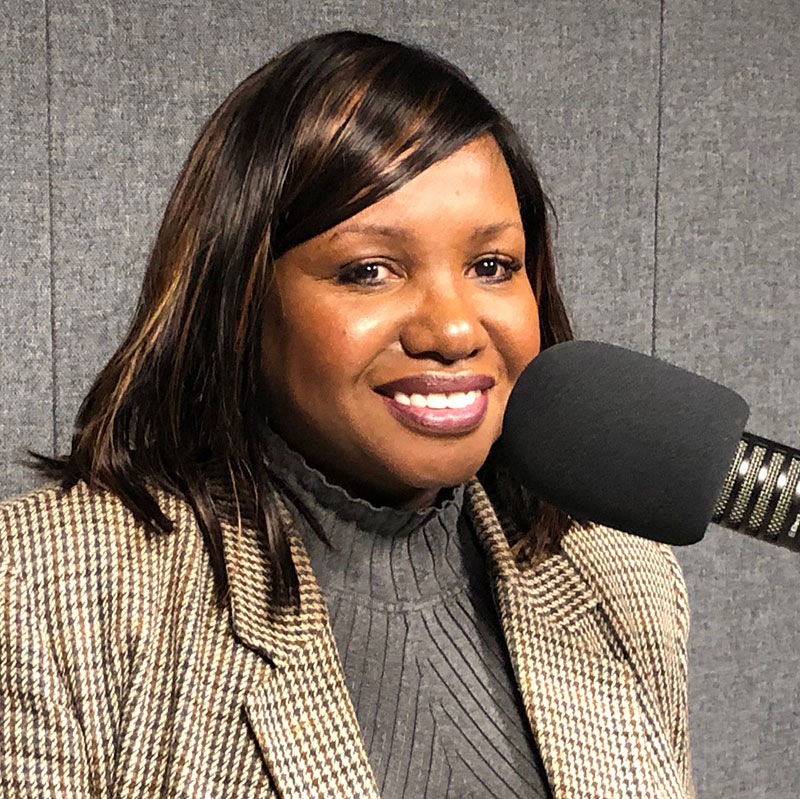 When going from a non-business specialty to a leadership position in that field, some additional business savvy wouldn’t hurt, right? Well, this week we’ll be talking to Wylonda Jones, director of post acute admissions at the Emory Long-Term Acute Care Hospital in Decatur. She spent years in the medical field as a clinician and later rose to a leadership position. She was already leading employees, but had a desire to go back to school and get an MBA, more than 20 years after graduation. She talks about juggling a demanding job and navigating her way through Georgia College’s Web MBA program. 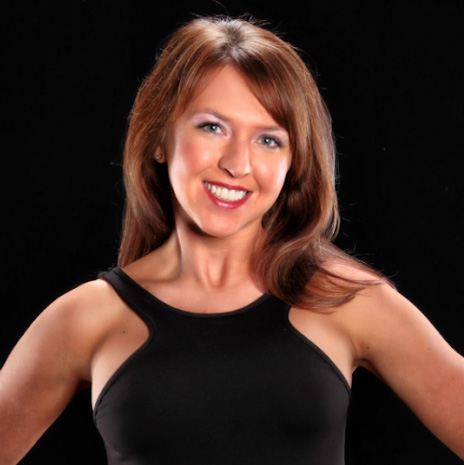 To coincide with new year’s resolutions, fitness professional and entrepreneur, Delaine Ross pays a visit. This award-winning fitness competitor holds advanced Russian Kettlebell Certification, and not only teaches other instructors, but stars in her own video series, “Train With Delaine.” A former gym owner and operator, Delaine now works for The Phoenix, a free sober active community to individuals who have suffered from a substance use disorder and to those who choose a sober life. Delaine is national program manager for volunteer led programming for The Phoenix. She talks with producer Jon Waterhouse about the business of fitness, running her own gym, and how to make new year’s resolutions stick. 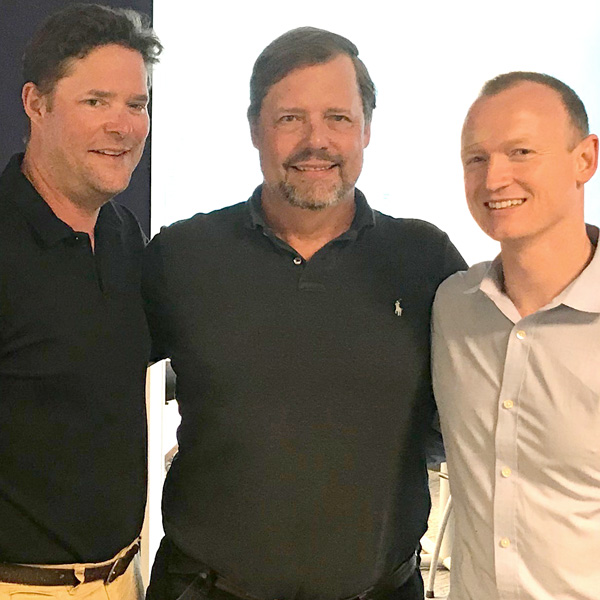 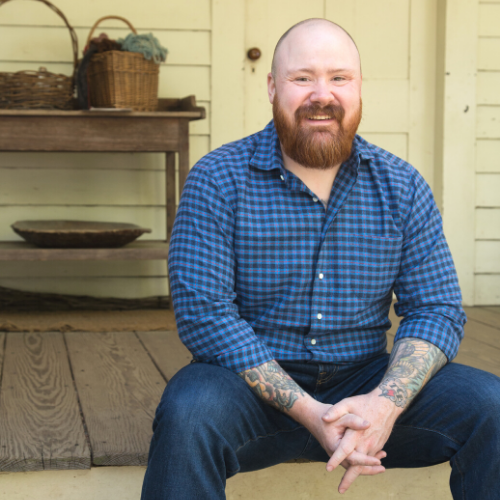 Atlanta and the surrounding areas are big time foodie destinations, and Chef Gillespie plays quite the part. The author and former “Top Chef” contestant is founder of Red Beard Restaurants, which oversees his own restaurant concepts, and offers consulting services to other start-ups. His current crop of acclaimed restaurants include Gunshow, Revival, and Kevin Gillespie’s Gamechanger. The latter can be found in Mercedes-Benz Stadium. Gillespie’s most recent offerings are Ole Reliable in the Georgia Pacific Building and Cold Beer located on the Atlanta BeltLine. He talks with Richard Lenz and Jon Waterhouse about his rise in the food biz, its challenges and more. 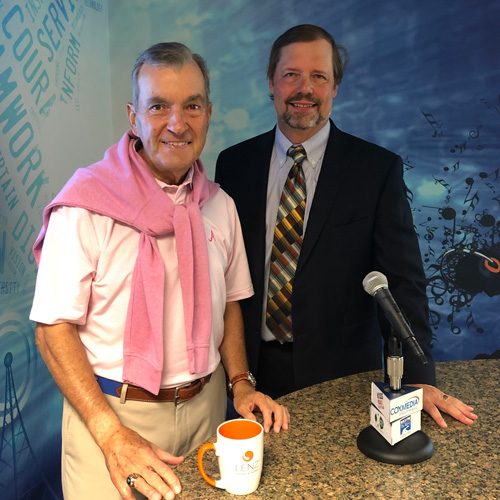 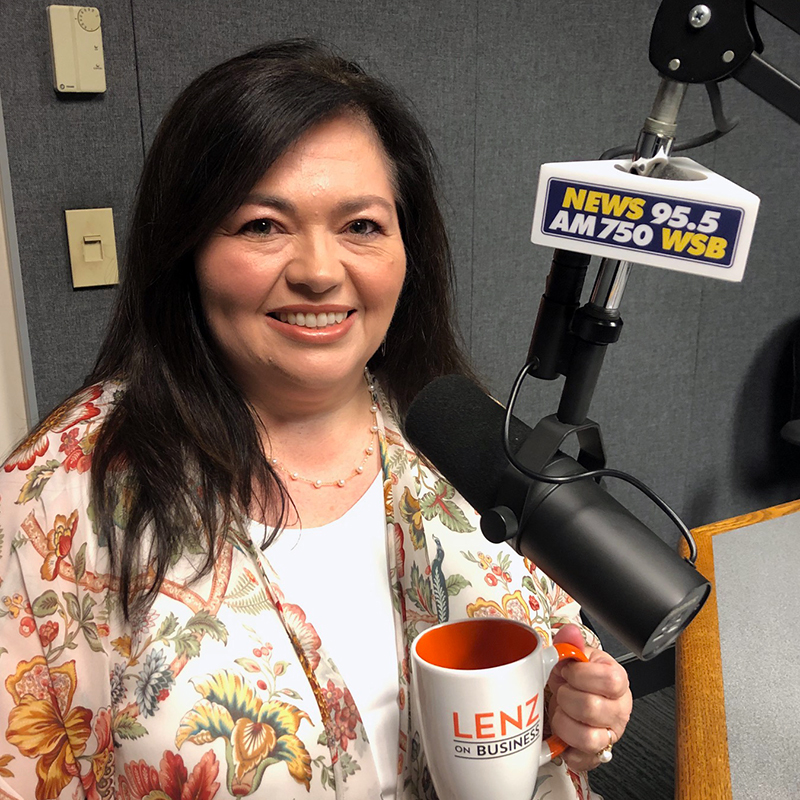 A veteran of graduate education for more than 25 years, Hanson currently oversees the online graduate business programs at Georgia College. This includes MBA, Master of Logistics and Master of Management Information Systems. She joins guest host Jon Waterhouse to talk about the evolution of graduate education, how online studies have been transformative for Georgia College, student success stories, and more. 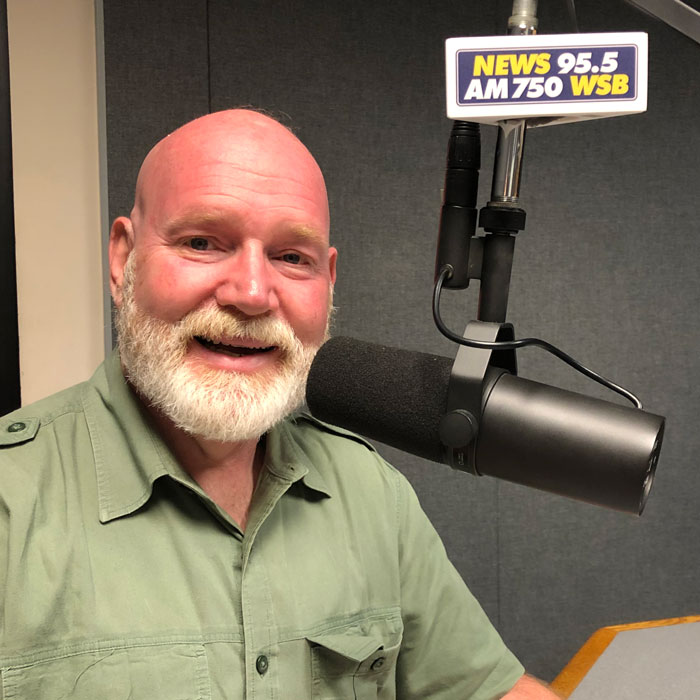 Dan Carroll knows Dragon Con. Is it a coincidence he shares the same initials as the ultra successful pop culture convention that takes over downtown Atlanta for five days each Labor Day Weekend? Approximately 85,000 guests are expected to attend the 2019 installment. Not only does the convention do bang-up business, it brings bang-up business to Atlanta. From hotels to transportation to the restaurant industry. Dan talks with guest host Jon Waterhouse about Dragon Con’s economic impact on the city and much more. 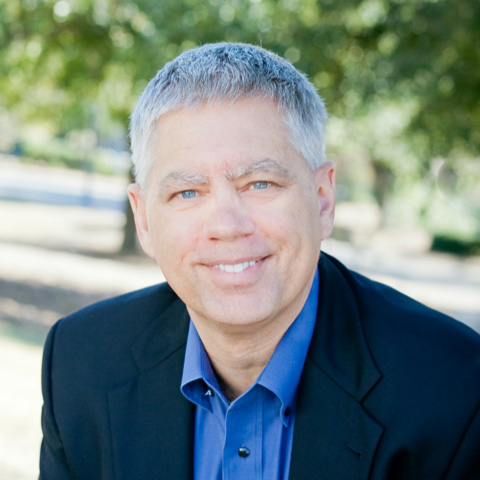 As consumers in today’s world, we want our products yesterday. We often forget it takes logistics to store and deliver goods and services for the public. And there’s so much more to it than that. Dr. Manrodt, an expert in the field, sheds light on this specialty and what the future holds for logistics as we trek further into the 21st century. 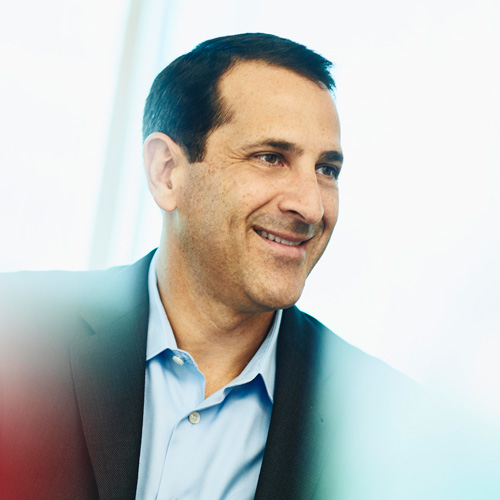 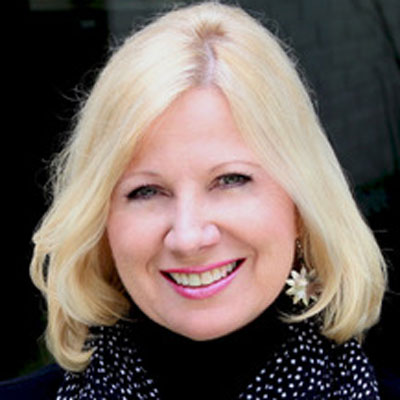 They say a way to test a romantic relationship is by successfully surviving an Ikea shopping trip. What about interviewing your spouse on a radio show? This week Richard takes a stab at the latter. Dr. Wendy Lenz, a graduate of Georgia College’s online MBA program, spent more than 10 years as chief operating officer for the largest cancer practice in the Southeast. Richard and Dr. Lenz examine topics including her interest and experience in both medicine and business, merging the two, and how she ran a company while getting her MBA. 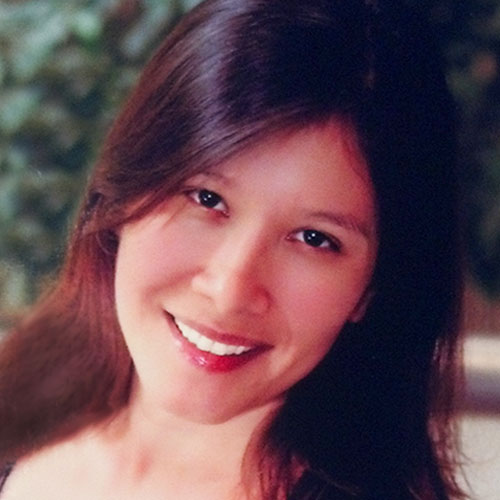 When it comes to going back to school and getting that business-related masters degree, fear can be a deterrent. Finding time amidst a busy life can be a daunting proposition. And this week’s guest did it despite being a single mother and working two jobs at the time. Georgiana Simmons, a project manager in supply chain operations at Avanos Medical, explains how she did it and the ways she applies her degree in her career. 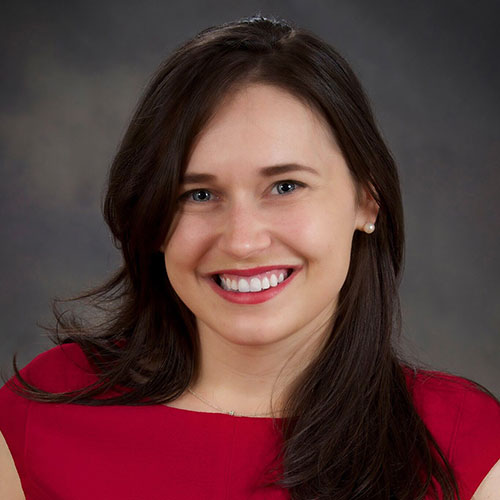 This week’s special guest saw value in getting an MBA and decided go back to school in the midst of her career. However, as we all know, life happens. While juggling a job and Georgia College’s WebMBA program, Sarah learned her husband was diagnosed with cancer. Despite the challenges, she made it work. Sarah Rose shares her personal and WebMBA experiences with guest host Jon Waterhouse. 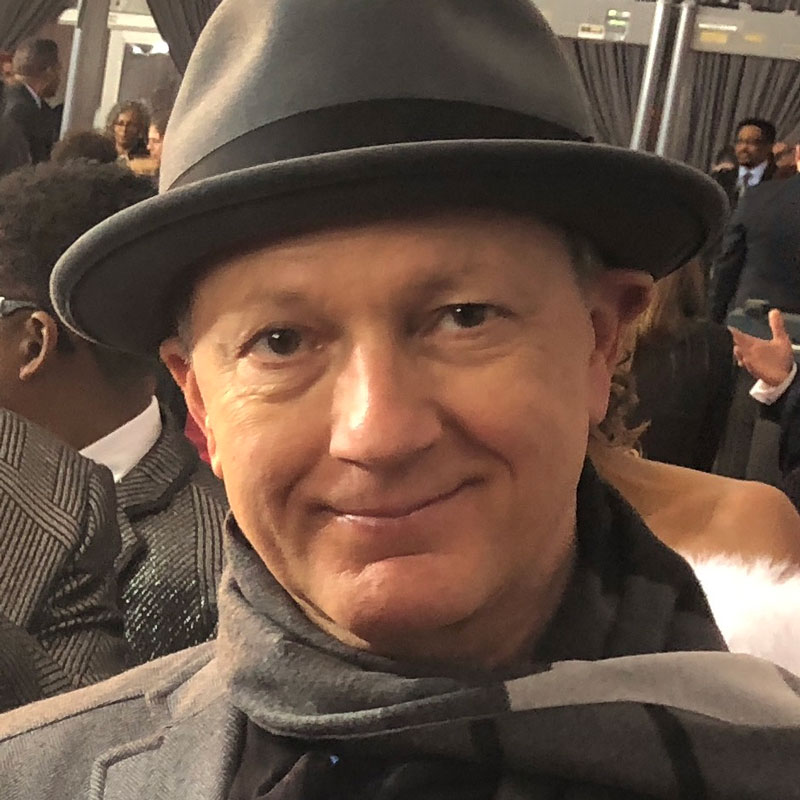 Music artist management continues to be a multi-faceted business. And with today’s ever-evolving technological landscape, it changes by the day, literally. Richard Lenz talks with Driebe, whose company specializes in artist and project management. Blind Ambition Management currently works with an array of performers including the five-time Grammy-winning and Grammy Lifetime Achievement Award-winning Blind Boys of Alabama; Marc Cohn of Grammy-winning “Walking in Memphis” fame; folk outfit Over the Rhine; and Grammy-winning soul legend William Bell, among others. 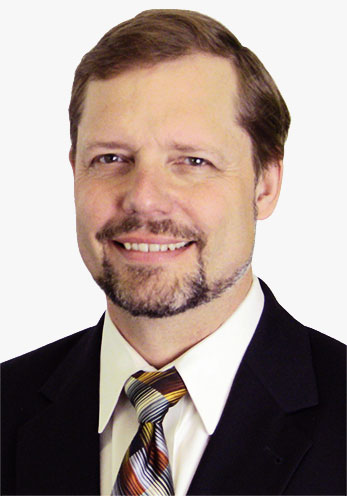